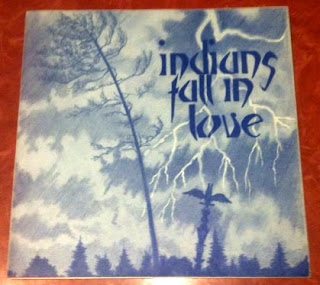 Here is a really cool German 7" in the dark/cold guitar wave-goth style, with a really impressive B-Side called "Eternal Dance". The A-Side has that late 80s/early 90s German sound, like a primitive private-press version of early Pink Turns Blue, Blessing In Disguise, + the rest of that scene... and is alright. The B-Side, "Eternal Dance" is the highlight and has some obvious Cure influences, but also reminds me quite a bit of some of the songs by the later German band Fallen Apart or the German Danse Macabre ("Wear Away", "She Believes", etc.). Maybe even a gothier version of the Colour Moves 7". It also reminds me quite a bit of the demo version of "Christian Hydrophobia" by Decay (another German band). I could keep going but highly doubt if most people reading this would have any clue what I'm talking about...  :)

Discogs has this one incorrectly listed as 1986... one of the songs was recorded in '86, and the other in Sept. 1987. They also have a myspace page with some additional tracks (perhaps released on tape(s)??): http://www.myspace.com/indiansfallinlove 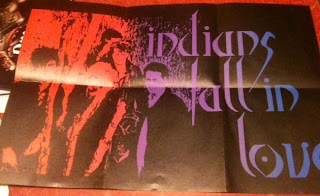 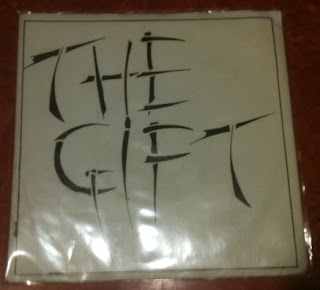 UK melancholy indie-wave, post punk single recorded in Dec. 1981. There are quite a few bands with the same name, including other darker 80s bands from Sweden and Italy that I know of... but I am guessing this was the band's only release. I first heard this one on youtube last year, and had to hunt down a copy... 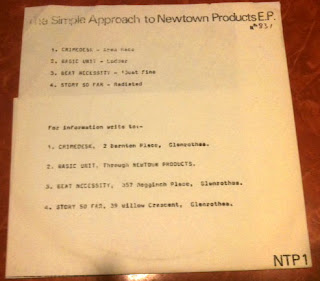 Sought-after Scottish compilation recorded in 1979, and released in 1980. This one is also known for being in Johan Kugelberg's Top 100 DIY records (link here), who reviewed:

"My approach was to pay the inflated price the dealer was asking and happily walk home with this great record. 4 songs, four bands: Crimedesk are toilet-recorded DIY-slop, Basic Unit must be the most amateuristic goth band I've ever heard, Beat Necessity showcase only the finest in tuneless death-dirge with off-key howling and Story So Far is an awesome Joy Division/Factory Records attempt, but with no discernable musical talent. Needless to say, the whole EP is as charming as the day is long."

Besides Beat Necessity, I've never ran into any of these other bands anywhere else. Beat Necessity put out a spectacular 1981 Split 7" with Veldt in the coldwave vein and followed in 1982 with the "These Nights" 7" that overall had a funkier new wave/post-punk sound. These tracks were also reissued on the unofficial 3xCDR compilation "Kilt By Death: The Sound of Old Scotland" (also including bands like The Flowers, Simple Minds, Visitors, Noise Annoys, Neon Barbs, Significant Zeros, The Wake, Twisted Nerve, Jesus & Mary Chain, Metropak, Battery Boys, Josef K., etc.), which apparently quotes (based from Newtown Product's website):


”Basic Unit come to us from perhaps the scarcest of Scottish new wave artifacts, the Simple Approach to Newtown Products comp 7" (NTP 1), which served up four Glenrothes bands, including also Crimedesk, practitioners of a ragged punk heard nowhere else north of Hadrian's Wall, and Story So Far, from whose stumbles all Factory Records could be induced. Rounding out the Simple Approach to Newtown Products comp were Beat Necessity, the most ambitious of the lot, whose wandering dirges here would soon be tamed into an Echo and the Bunnymen goth pop for NTP 2 (a 7" split with the Veldt in 1981) and NTP 3 (their "These Nights" single a year later).“

The label Newtown Products has had their own website for the past couple years, which includes more downloads and information. http://www.newtownproducts.com.

Look Back In Anger - Rare Recordings...

As promised, here are some more rare Look Back In Anger recordings... the cassettes these came from are not official releases (thus I didn't bother providing any images)... Some exclusive tracks!

I bought this tape off Mick Mercer around 2005/06 when he was selling a lot of his old cassettes on eBay. The other side of the cassette has an Adam Ant live recording from Milan ('78) which I've never played... So, not an official release, but a good quality live recording nevertheless. The first track starts with some of the beginning cut off, but other than that, it sounds good!


Look Back In Anger - Various Demos and Live Tracks

These tracks came from a home-made compilation tape that appears to have been compiled by Sean O'Farrell (a.k.a. Jim Newby) who was a member of Look Back In Anger, The Fifteenth, Splashpool, and re-formed LBIA in the 90s as a solo project with an electronic sound. The ink on the tape insert is so faded that I could barely make out the track titles (hope I got them all correct). A friend passed this one to me couple years ago. Hope you enjoy. 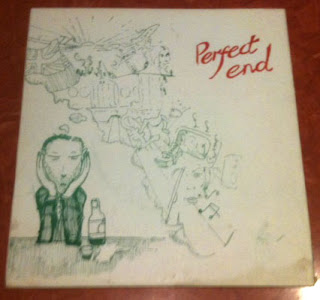 Cool Scottish band with a gothy / dark new wave sound, and female vocals (on this release). Perhaps a bit like bands such as Klingons, Rhythm & Faith, or The Wait. You can read a bit more about their history at http://www.framingorecords.com/Perfect%20End.htm. Hellfire Discs also put out a limited CDR released in 2002 called "The Complete Collection 1980-1983" that contains 6 demo tracks recorded in 1980-1981 (with a different female singer than this 7" -- but including versions of the same three tracks featured here), this 7", and then 6 more demo tracks ('82-83) with a male singer + an instrumental demo version of "Sweet Dreams" as a bonus track. Below is a video of the title track, though the track "Puppets" is my favorite.The same youtube user had uploaded one of the demos with a male singer from the band's later period here (if anyone is curious) http://www.youtube.com/watch?v=lBEQTsPok8k. 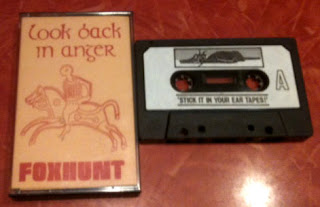 Mega rare cassette single put out by the Stick It In Your Ear fanzine. Their second release (unless there are more strange tapes out there), and in the same usual quality 80s UK goth found on their vinyl releases. I have an unofficial live cassette from '83 by them with some tracks I've never seen on any of their releases that I'll post sometime in the future... as well as another "home-made"/"hand-written" compilation tape including some additional rare LBIA demos along with bands like The Fifteenth and Splashpool. One of the members reformed Look Back In Anger in the 90s, and there are at least two tapes from this period, but I believe the material is in the experimental, industrial soundscapes style.. I have one of them, so might eventually pull it out one day to check it out again to refresh my memory. 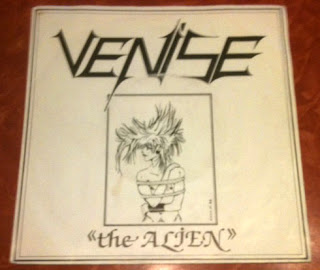 I've always been confused whether this band came from Belgium or France since I've seen both countries cited in the past. However, a couple years ago I got the "A Brûle-Pourpoint" K7 compilation, which lists their address as France in the booklet. The title track on here reminds me of the Italian band Pâle / Pale TV, and the b-side is a bit darker -- sort of in the vein of bands like Odessa. Pretty decent single.. 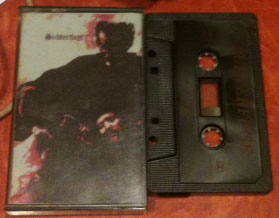 Rare early 90s Australian goth rock tape... Pretty rough, and certainly not the quality of their lone EP on Heartland Records. I personally do not like the singer's voice at all on here, but they eventually got better and this is where it started I suppose... The tape starts out with a Led Zepplin cover (which isn't a good start), and ends with two tracks that later appeared on their CD. The singer was also part of Jerusalem Syndrome with Chris McCarter from Ikon (their CD recently got reissued for some odd reason), has been on several Ikon releases, and is now in a band called Razorfade doing modern-day EBM/goth club stuff on Alfa Matrix of all places with an ex-member of Suspiria/Intra-Venus... 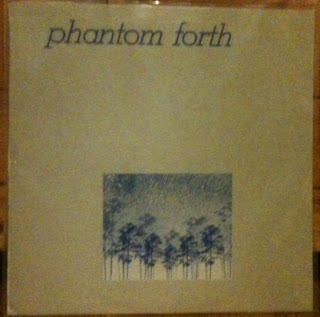 Sort of New Zealand's answer to bands like Isolation Ward, Spray Pals, Tee Vee Pop, etc... Lo-fi, cold/dark wave with female vocals (and some occasional male vox too). Really good stuff, and a record that took me a couple years to simply hunt down a copy for sale (not that it was ever too expensive). At least one of the members of this band was involved in This Is Heaven, who released the "200 Variations" 7" that always goes for 3-digit prices whenever I've noticed it on eBay over the past years. Phantom Forth also had another good live track on the compilation "The Last Rhumba", which I might eventually upload here.... though lately has been hardly any free time! Unlike many, I'm not a huge fan of Flying Nun Record's entire catalog, but this is the one (along with Children's Hour) for cold/dark fans.