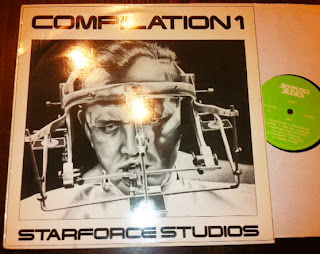 Another obscure early 80's DIY UK compilation featuring a ton of bands that few probably ever heard unless you were in the band or fucking one of the members. When I bought this LP, the track by the Hellfire Club was the only song I had previously heard, and I suspected it would be the only song worth a shit on here... but was rather surprised to find that this one contained quite a few other nice tracks by synth, new wave, post-punk, and indie bands. Some of the highlights for me include The Hellfire Club, Violent Marriage, Marc Sebastian-Jones, Subverse, Bree Factory, Baxter & Dale, and Alister Black.

"These are some of the best tracks to have been laid down at Starforce in the last year. I hope you get as much enjoyment from listening to them as I did recording them." - M.K. Daley. Glancing at discogs, looks like Martin K. Daley also helped with the recording/production of a lot of other early 80s indie releases including Seventh Séance and Dif Juz. 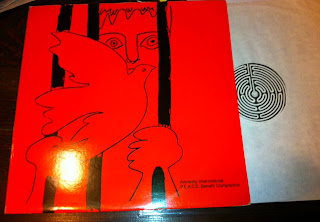 Italian compilation including some common names of the dark 80s Italian scene: Weimar Gesang, D'as Hirth, 2+2=5, Le Masque, Frigidaire Tango... along with a couple surprises I had never heard before. 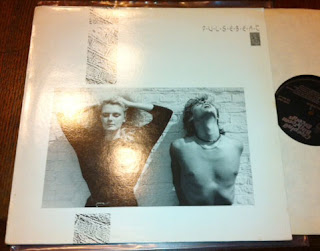 Another rarely known compilation from the UK featuring a ton of obscure bands ranging from post-punk, goth, synth, new wave, indie...and naturally a couple pop/rock stinkers. My favorite track is by Bzu-zu (great post-punk tune with some synth), who existed previously under the names His Create He ("Sing As We Go" compilation LP) and Blood Fetish ("Not Waving But Drowning" compilation LP) - with some line-up changes. Dark Asylum are GOTH reminding me if an early Pete Burns fronted a band such as I'm Dead. The Papers have a decent, but quiet minimal electro track. Please Return My Dog combines punk, post-punk, and synth - they also put out a 7" that I've yet to hear. Noize Wot Noize are light-hearted synth-punk/new wave. Dance On Water have a catchy dark pop, new wave sound. Of the few remaining bands... material ranges from indie/wave to pop/rock. 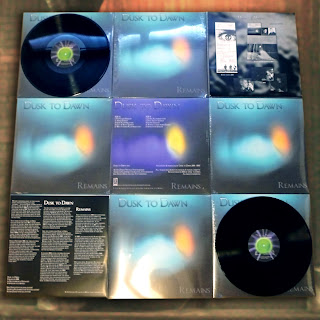 Just some reissue news to share... Dusk To Dawn's "Remains" LP is now available through Atemporal Records in a limited edition of 320 copies. The LP contains ten remastered tracks from their 1991-95 period previously only available off very rare cassettes as well as some unreleased tracks/versions. You can order and preview tracks at http://atemporalrecords.blogspot.de. If you reside in North America, Dark Entries Records has a few copies as well in their shop for only $16... Dark Entries Shop 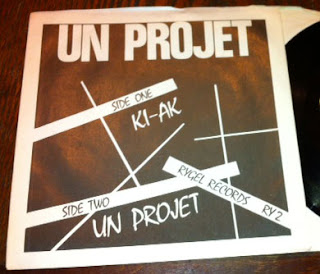 Enjoyable early 80's UK post-punk / new wave with a little bit of synth too... Their only release that I'm aware of. Rygel Records also put the great "Heat-House" 7" by Moskow.