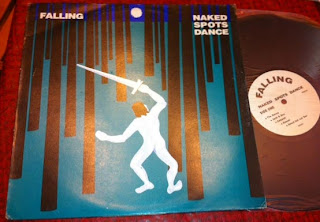 Third and final vinyl release from New Zealand's Naked Spots Dance. On this release, Fran Walsh is included in the band who later went on to marry famous director Peter Jackson and contributed screen writing to many of the movies he directed such as the Lord of The Rings trilogy... to even Dead Alive and Meet The Feebles! A few of the dreamier songs remind me a bit of bands like Shiny Two Shiny... though overall Naked Spots Dance certainly had a lot more artsy post-punk influence and generally faster-paced reminding me of some tracks by the Australian band Pel Mel too (off the top-of-my-head)...

Here are the only two records by German band Crazy Baby Doc that I know of... though there is an unofficial DVDr listed on discogs that is oddly quite modern and including no tracks featured here.

"Blessed Are Who've Got A Poor Brain" is the better record in my opinion, which starts off with a track roughly somewhere between Specimen's "Hex" and Luc Van Acker's "The Ship" LP, follows with the great "Geisha", then continues with three more gothy/wave tunes. The "My Religion" 12" gets rockier... it gave me the impression of a goofier, early Love Like Blood crossed with faster-paced/early Rose of Avalanche, and then throw in some grebo elements despite being German. 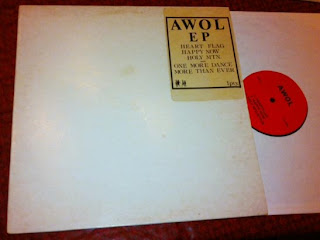 Small pressing and the only release by Awol, a melancholic post-punk band featuring a young Moby on vocals... who would have thought. I've never have listened to any Moby records, so this is clearly my favorite of his creations. 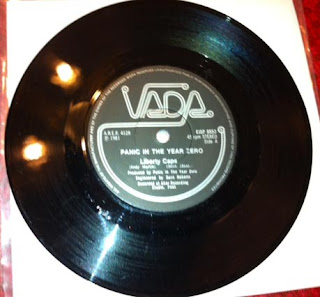 Mysterious early 80's UK DIY 7" that is an Ellie Jay Records pressing based on the catalog number. At the time of me posting this on Google, the only results for this record is an old mail order catalog that has it listed (I tried ordering it some years ago off them and they no longer had it in stock... but you can give them another try incase they were lying) and an old ebay listing from someone's feedback. Don't this one ever came with a picture sleeve, but who knows... I've only seen it for sale twice over the years.

Hard to pin-point an exact genre to classify this one under since it could appeal to fans of UK DIY, postpunk, new wave, minimal, and early goth crossover... perhaps an indie version of 13th Chime (especially on "Liberty Caps")???

Recorded in Aber Recording Studio, Flint. Engineered by Dave Roberts, but highly doubt if its the same guy from Sex Gang Children fame. 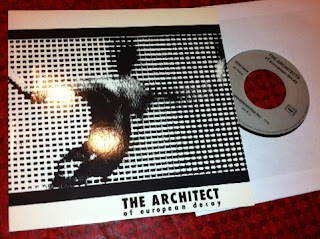 Single-sided, one track 7" from France in the gritty cold wave vein of early Clair Obscur. They had another good track off the second "L'appel de la Muse" compilation as well that was both martial and club friendly. Know some tapes exist, would like to hear them eventually. 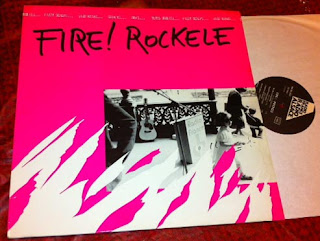 Rare compilation with two tracks each by five obscure French bands. Someone on discogs wrote, "Industrial/Wave/EBM bands from Alsace, north east of France." However, this is a very bogus statement obviously written by someone trying to sell this record for some $$$$. There are two great cold wave tracks on here by one band -> Fizzy Scalps, the rest of the material is pretty terrible pop/rock/reggae if you ask me. Since this is the case, I put two separate files to download... you can download the entire album (to hear why this one has got 4 5/5's on discogs)... or you can simply grab the Fizzy Scalps tracks (the only listenable tracks in my opinion). Check out the songs below via youtube, and there is another video you can look up on youtube of the band covering New Order's "Procession" if interested. (Looking at the credits there, one member might have been later involved in Anechoic Chamber).